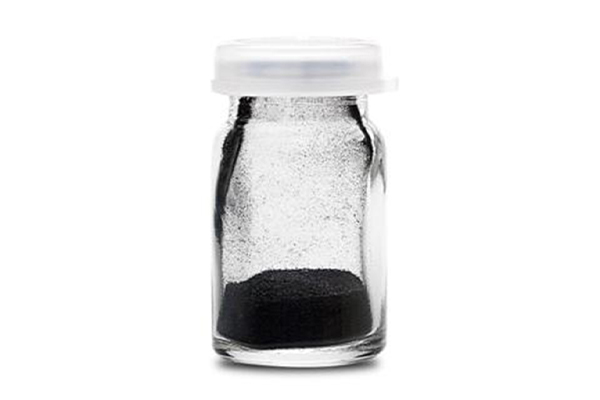 Graphene is a single layer (monolayer) of carbon atoms, tightly bound in a hexagonal honeycomb lattice. It is an allotrope of carbon in the form of a plane of sp2-bonded atoms with a molecular bond length of 0.142 nanometres. Layers of graphene stacked on top of each other form graphite, with an interplanar spacing of 0.335 nanometres. The separate layers of graphene in graphite are held together by van der Waals forces, which can be overcome during exfoliation of graphene from graphite.

Graphene is the thinnest compound known to man at one atom thick, the lightest material known (with 1 square meter weighing around 0.77 milligrams), the strongest compound discovered (between 100-300 times stronger than steel  with a tensile strength of 130 GPa and a Young’s modulus of 1 TPa – 150,000,000 psi), the best conductor of heat at room temperature (at (4.84±0.44) × 10^3 to (5.30±0.48) × 10^3 W·m−1·K−1) and also the best conductor of electricity known (studies have shown electron mobility at values of more than 200,000 cm2·V−1·s−1). Other notable properties of graphene are its uniform absorption of light across the visible and near-infrared parts of the spectrum (πα ≈ 2.3%), and its potential suitability for use in spin transport.

Bearing this in mind, one might be surprised to know that carbon is the second most abundant mass within the human body and the fourth most abundant element in the universe (by mass), after hydrogen, helium and oxygen. This makes carbon the chemical basis for all known life on earth, making graphene potentially an eco-friendly, sustainable solution for an almost limitless number of applications. Since the discovery (or more accurately, the mechanical obtainment) of graphene, applications within different scientific disciplines have exploded, with huge gains being made particularly in high-frequency electronics, bio, chemical and magnetic sensors, ultra-wide bandwidth photodetectors, and energy storage and generation.

Being able to create supercapacitors out of graphene will possibly be the largest step in electronic engineering in a long time. While the development of electronic components has been progressing at a very high rate over the last 20 years, power storage solutions such as batteries and capacitors have been the primary limiting factor due to size, power capacity and efficiency (most types of batteries are very inefficient, and capacitors are even less so). For example lithium-ion batteries face a trade-off between energy density and power density.

In initial tests carried out, laser-scribed graphene (LSG) supercapacitors demonstrated power density comparable to that of high-power lithium-ion batteries that are in use today. Not only that, but also LSG supercapacitors are highly flexible, light, quick to charge, thin, and as previously mentioned comparably very inexpensive to produce.

“The possibilities of what we can achieve with the materials and knowledge we have, have been blown wide open”

Graphene is also being used to boost not only the capacity and charge rate of batteries but also the longevity. Currently, while such materials as lithium are able to store large amounts of energy, that potential amount diminishes on every charge or recharge due to electrode wear. With graphene tin oxide as an anode in lithium ion batteries for example, batteries last much longer between charges (potential capacity has increased by a factor of 10), and with almost no reduction in storage capacity between charges, effectively making technology such as electronically powered vehicles a much more viable transport solution in the future. This means that batteries (or capacitors) can be developed to last much longer and at higher capacities than previously realized. Also, it means that electronic devices may be charged within seconds, rather than minutes or hours and have hugely improved longevity.

In summary, this discovery by a physics professor and his PhD student in a laboratory in Manchester, where they used a piece of graphite and some Scotch tape has completely revolutionized the way we look at potential limits of our abilities as scientists, engineers and inventors. The possibilities of what we can achieve with the materials and knowledge we have, have been blown wide open, and it is now conceivable to imagine such amazing prospective situations as lightning fast, yet super-small computers, invisibility cloaks, smart phones that last weeks between charges, and computers that we can fold up and carry in our pockets wherever we go.