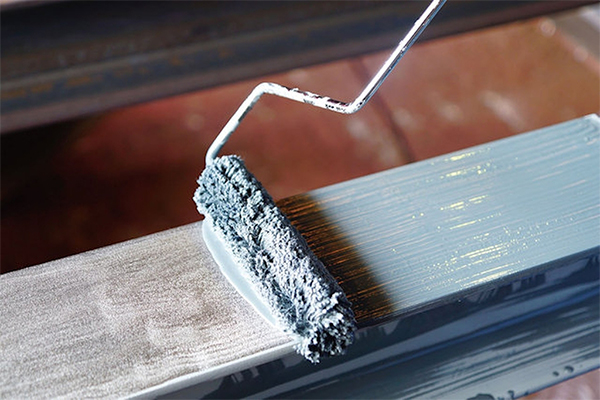 Categories:CoatingsNanotechnologyPolymers
by Muhammad Abid |
on July 9, 2020

In structural engineering, metals are the most demandable material due to their superior mechanical properties and ease of availability. However, sooner or later, metal-constructed structures get damaged by environmental or chemical attacks, causing corrosion that deteriorates metals due to electrochemical reactions. This results in structural losses leading to direct or indirect losses of 5-10% of the Gross National Production system. The general way to protect metals from corrosion is by applying different protective coatings.

Most of these protective systems are highly efficient, but sometimes, the protective film shows defects like cracks, blistering, cratering, orange peel and rippling due to damage to the film during transportation, construction, and labour. These defects will lead to breakage in the barrier, and the protection system will be lost. The protective behaviour of these coatings can be tailored and must follow the specifications of the surrounding environment.

For decades, the above has been a dynamic reason for using galvanizing methods to protect metals from corrosion. Galvanizing is a well-used surface coating method by applying a zinc (Zn) layer to protect the metals from corrosion. This process produces a well-defined and durable galvanic coating. Mainly, there are two types of galvanizations: Hot-dip galvanizing (HDG) and Cold galvanizing systems. HDG is a conventional method to protect metals from corrosion by applying the molten Zn layer at a high temperature of 440-480°C. HDG process consists of three basic steps: surface preparation, galvanizing and inspection. Surface preparation is a crucial step in any coating application. In the galvanizing process, the surface must be cleaned thoroughly. Any impurities should be removed through different methods, such as degreasing, pickling, and fluxing, to remove oil, rust, scale, oxides, or other contaminants from the surface. Because if any impurities remain on the surface, the Zn does not react completely, and the galvanizing process fails. Many problems that may occur with treating metal surfaces with protective coating applications can be eliminated with HDG. It is also agreed that HDG has some technical parameters that should be followed to reach desirable results. HDG has some serious concerns like twisting fragile metal parts, the high cost of equipment used, the difference in surfaces of different metals, and difficulty in achieving uniformity in designs of welded components composed of several different metal types. Some metals are difficult to HDG, such as cast iron, which cannot be dipped directly into a molten Zn bath with a temperature above 450°C.

In CGC, the Zn particles are sacrificed and act as electron donors, and an electrochemical reaction is set up between the metal substrate and the Zn particles. Due to this electrochemical reaction, these coatings are also called cathodically protective coatings. After the coating application, the protective layer bonds electrically with the metal surface, acts as an anode and provides cathodic protection to the system. While later, corrosion products of Zn, such as oxides and/or hydroxides, are formed, and barrier protection initiates to dominate the system. An electrochemical potential value difference drives the sacrificial behaviour of CGC since Zn is less noble than iron.

The protective behaviour of these coatings depends on the sacrificial cathodic properties, their barrier, and other physical characteristics. In this phenomenon, the probability of losing the electrical contact between the metal substrate and Zn particles and contact between Zn particles is higher when the amount of Zn corrosion product is greater. It may allow the reduction of Zn and, in the end, total loss of the cathodic protection system. Therefore, high conductivity is required for these protective coatings to protect metals. To get a well-established electrical connection, Zn content in dry film thickness (DFT) should be above 90wt.%, which means the pigment volume concentration (PVC) should be close to or above critical pigment volume concentration (CPVC). The protective behaviour of CGC is strongly affected by PVC, P/B ratio, particle size and shape, and DFT.