An Introduction to Rheometer 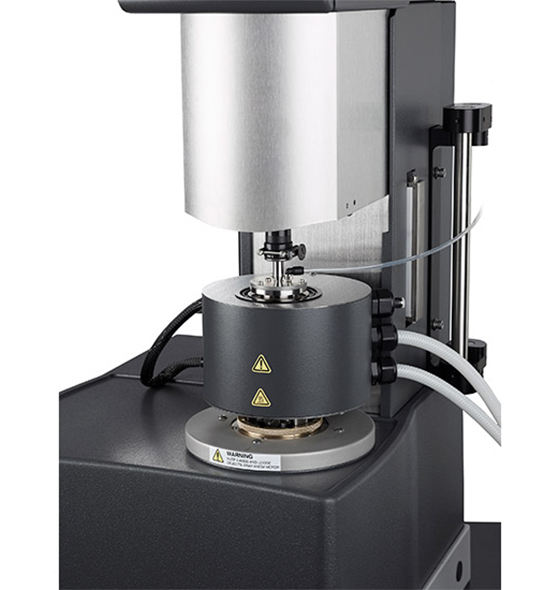 Categories:AdhesivesCoatingsDevelopmentPolymers
by Muhammad Abid |
on July 12, 2020

Rheometer is an instrument which can measure the rheological properties of a polymer solution, using the principle of fluid rheology, in which the shear stresses can be measured by varying the shear rate. This is based on the terminology, called ‘Rheology. Whereas, “Rheology” is the ‘study of deformation and, the flow of matter’.

Rheometer is a device that can characterize the rheological properties of polymer solutions.

The viscosity is described as ‘Internal friction, or ‘resistance to flow.

Stress is defined as, Force per unit area.

The Deformation due to applied stress is called strain.

The liquid, in which components of stresses are linear, said to be Newtonian Liquid.

The liquids, whose behavior can’t be described by the ‘Navier-Stokes equations’ are said to be non-Newtonian liquids.

When the viscosity decreases with the increase in the shear rate, that phenomenon is said to be shear thinning behavior.

When the viscosity increases with the increase in the shear rate, that phenomena is said to be shear thickening behavior.

Time dependent shear thinning behavior is said to be thixotropy.

The material heaving simultaneously existence of the ‘Viscous’ and ‘elastic’ behavior in it, or the behavior which falls in-between the extremes of ‘Newtonian liquid’ behavior, and ‘Hookean elastic’ behavior called viscoelasticity.

The Rheometer can provide the detail study of the rheological properties of polymer solutions.

The rheology information can also provide the data which concerns with the following: